Onstage & in the office

Onstage or in the office: people who work in the music industry usually decide on one or the other, however Boglárka Pecze is an exception to the rule. Born in Hungary, Pecze is an internationally sought after clarinettist who has been working at the forefront of the contemporary art music scene for many years.

“I’m a free spirit,” admits Pecze, having also found her calling as a cultural manager. She is not attracted to accumulating the greatest possible concentration of concerts but to having a variety of tasks and perspectives.

On her instrument, Boglárka Pecze has proven herself in becoming one of the most exciting young virtuosi. She has performed at prestigious venues and festivals throughout Europe, Asia and the USA, including the Concertgebouw (Amsterdam), the Salzburg Festival and the Shanghai International Music Festival. Highlights of the 2022/23 season include solo engagements at the Elbphilharmonie Hamburg, the Cologne Philharmonie and at the Festspiele Mecklenburg-Vorpommern with ensembles such as the Gildas Quartet, the NDR Radio Philharmonic and the Basel Sinfonietta. 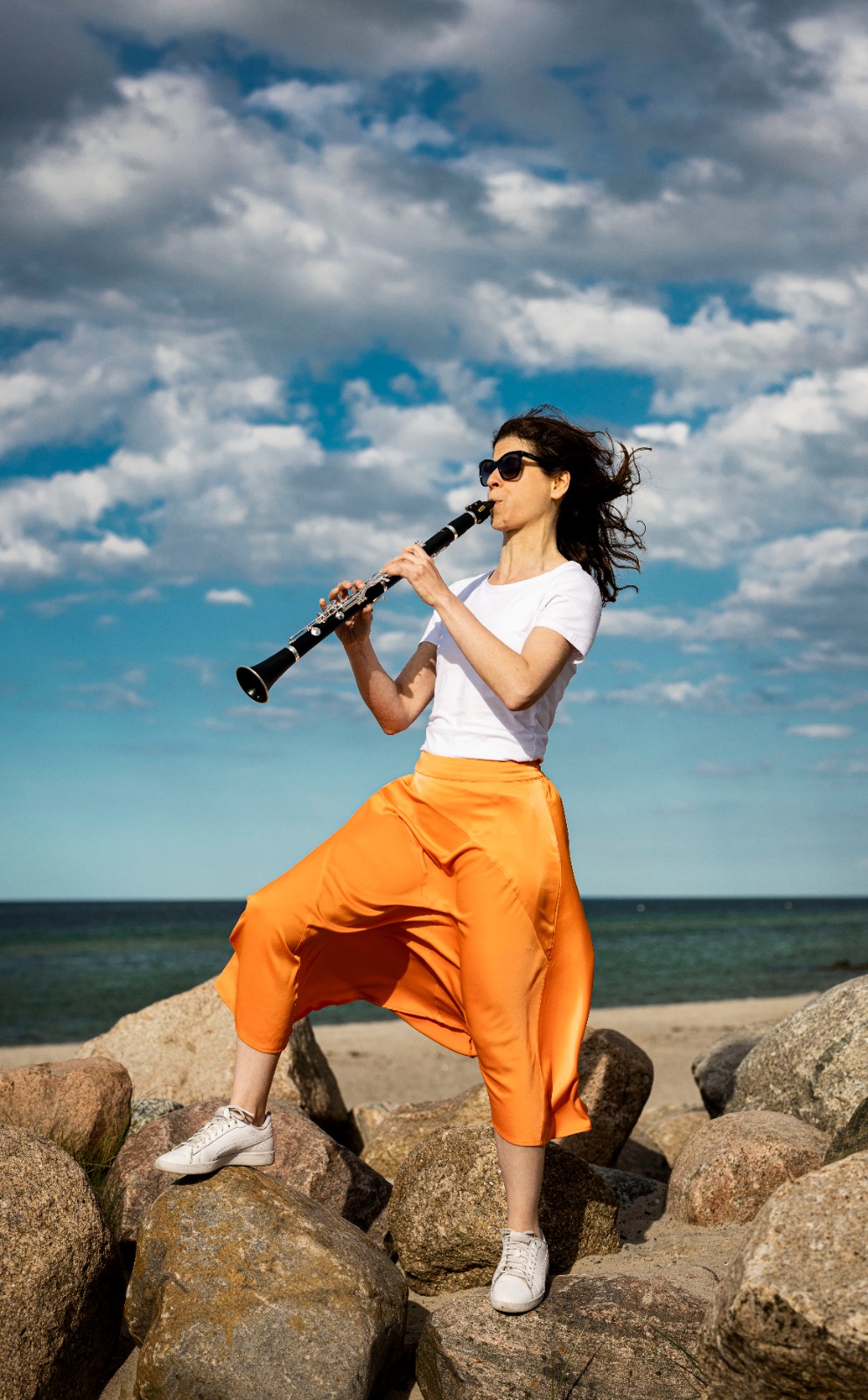 “Pecze’s palette of sound on the clarinet is extremely wide; her precision and seriousness can only be met with utmost admiration,” high praise from the Hamburger Abendblatt. Even more noteworthy and undeniably contagious however is “her joy of playing and her wit when dealing with even the most abstract material.”

Of course, “abstract material” means contemporary art music: a field in which Boglárka Pecze has been engaged in recent years with “dazzling intensity” (Neue Zeitschrift für Musik) and a will of expression that verges on “existential limits” (Neue Zürcher Zeitung), playing her way to the top, internationally. As a founding member of the award-winning Trio Catch, she has worked with composers such as Helmut Lachenmann, Isabel Mundry, Georges Aperghis and Beat Furrer, given concerts as a “Rising Star” in the major concert halls of Europe and received awards such as the German Record Critics’ Prize and the Berenberg Cultural Prize. Numerous other prizes have followed including a scholarship of the German Music Competition and as two-time recipient of the Prize for Interpretation at the Stockhausen courses in Kürten, Germany.

“Of course good technique is extremely important…” explains Pecze, who discovered contemporary art music as a scholarship holder of the International Ensemble Modern Academy, “…but perfection isn’t everything. The deciding factor is when the craftsmanship recedes into the background and the music can take flight”, the critical acclaim for her performances more than confirming Boglárka Pecze’s statement. According to the press, “some classical music fans who experience the extraordinary dedication and the musical clarity of this clarinettist are, as if by mistake, utterly drawn in to this radically contemporary music. A music that they would otherwise avoid completely.”

Boglárka Pecze exhibits the same passion and curiosity behind the scenes as a cultural manager, negotiating fees, calculating budgets, taking part in competitions as a jury member and thus supporting other musicians and ensembles.

Taking the step behind the scenes of the music industry came naturally: “From the very beginning I was interested in how the classical music industry works,” says Pecze, “and I love the challenge of persuasion,” she laughs.

Pecze is currently working for the Ensemble Recherche, is a member of the Board of Trustees of the Hanne Darboven Foundation, a jury member for the Composition Prize of the City of Stuttgart and passes on her knowledge to young musicians at the Nuremberg Academy of Music. “My goal is that students can manage and establish themselves in the industry and that they’re able to make a living from making music.”

With her dynamic work both on and offstage, Boglárka Pecze forges new ground within the music business. Her career is based on a remarkable musicality and a boundless curiosity for the interconnectedness of the industry, but above all, for the courage to tread your own path.

»According to the press, “some classical music fans who experience the extraordinary dedication and the musical clarity of this clarinettist are, as if by mistake, utterly drawn in to this radically contemporary music. A music that they would otherwise avoid completely.”«